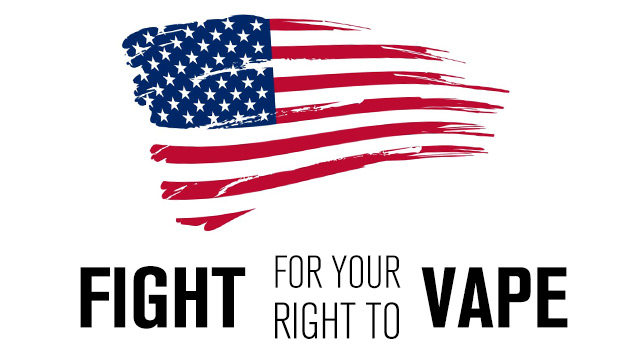 How do you bring American manufacturing to an industry that could be destoryed  by government over-regulation in the next four years?

In a  nut shell with out regulatory reform you don’t.

That was the  exact message American Vaping Association President Gregory Conley along with five other harm reduction advocates brought to Washington D.C. on July 24, 2018, when a public hearing was held before the Section 301 Committee of the Office of the United States Trade Representative (USTR) on President Donald Trump’s second set of proposed tariffs on a variety of products imported into the U.S. from China.

Vaping advocates had breathed a sigh of relief when the first round of President Trump’s  tariffs on Chinese-made products did not impact vaping products. However, the trade war between the United States. and China has not less active. Since then between June and July, President Trump announced a second and third round of tariffs. This third round of tarriffs do contain provisions that would make it more expensive for adult smokers to switch to vaping.

President Trump’s proposed tariffs will result in all e-cigarette devices and parts (likely pods, tanks, coils, cartridges, batteries made for usage in vaping products, etc.) imported from China being subject to a tariff of 25% (or, more accurately, an import tax of 25%). The costs of this tax will inevitably be passed along to consumers in the form of higher prices thus reducing vape sales and possibly forcing many vapers to return to smoking.

At this particular hearing, the committee heard  over thirty minutes of testimony from six harm reduction and industry advocates about the severe harm to small businesses and public health that would import tax of 25% hikes ( import tax of 25%).

President Trump daily braggs about how he has created more jobs faster then any president of the United States, yet he has left the vaping industry out in the cold which will effect thousands of American jobs which are now in jeopardy.

Here is a copy of the testimony given by Greg Connelly

Lets Talk About How the Vaping Industry Helps the Economy

We’re seeing this happen all over the United States right now. Local and State governments are turning to taxing vaping as a way to raise revenue and close budget gaps.

Democratic politicians are trying to make up for spending overreaches from their past mistakes by slapping taxes on a new vaping technology.

The threat of this sort of policy is driving us from Washington DC and it’s already been implemented in the state of Kansas.

The problem with this logic from democratic politicians is they are using it to implement these taxs. These policies currently stifle the vaping industry that could actually end up making the government more money if it is left un taxed and allowed to grow. How can this happen? Here’s the rub.

1. The Vaping Industry Could Save Money on Healthcare.

Of all the money spent on healthcare in the U.S., 90 cents of it is due to smoking cigarettes. In terms of total price, the CDC calculates a cost of $170 billion a year. These figures are straggering.

These numbers get far worse when you adjust for only spending from government sponsored programs. According to the CDC says that “9.6 percent of Medicare spending, 15.2 percent of Medicaid spending and 32.8 percent of other government healthcare spending by sources such as the Veterans Affairs, Tricare,AARP and the Indian Health Service, were attributable to smoking related illnesses.” But despite the obvious costs associated with smoking related illnesses, politicians are pushing ahead any way with plans to regulate the vaping industry which will prevent growth and technological advances in saving more lives.

The Wells Fargo bank has estimated that $10.5 billion in revenue will be produced by the vaping industry this year and that number is expected to grow to over $150 billion by 2019. That is a massive growth in only a year and speaks to the obvious popularity and need for an effective alternative to cigarettes and a smoke free environment.

How is this good for the government? Well, considering that the economy is still struggling to recover from the beating it took during the 2008 financial crisis due to Obama policies, it would be a great idea to not stifle an industry that has shown promising growth even amidst economic turmoil.

The government survives off of tax revenue from corporations, vape shops, manufactors, and the individuals employed by them. It seems that promoting the vaping industry would seem like a no-brainer.

Again, politicians are thinking in the short-term, and are lead by their noses for easy profits. They don’t care about the vaping industry, they care about what they think can be gouged for tax dollars, and easy money. Simply put it is greed.

3. Employment and Jobs Within The Industry

As demand grows for e-juice, vape mods, and gear within the industry the demand for more skilled workers knowledgeable about the industry are needed. People who would not have had a job are being put to work at B&Ms (Vape Shops), working online designing e-commerce websites, designing new hardware or technology.

This is great for the economy because unemployment is one of the worst killers of growth and innovation. With high unemployment people aren’t able to contribute to the economy.

Furthermore, having a large number of unemployed citizens is a draw on a nations welfare program which President Trump has been trying to fix. Less people working means more people needing govenmental assistance, and healthcare.

By creating more jobs, the vaping industry is is adding to the strengthening the economy’s growth while reducing the need for governmental spending for welfare programs.

Donald Trump efforts to crack down on China’s trade practices has hit the vape industry hard. 55 billion worth of Chinese imports that could go into effect this includes vaping devices. Most e-cigarettes are made in China, leaving the vape industry no alternatives.

It might be good for the trade deficit in the long run, but how many stores is it going to put out of business in the short term? How many jobs and taxes would be lost in these stifling policies that prevent the economic growth we need?

Tariffs will mean higher prices that will kill and depress sales — hampering the growth of an entire industry.

We need advocates to preasure the Office of the U.S. Trade Representative to spare the devices on grounds they will cost American jobs, and will not change China’s trade behavior and could push more people to go back to smoking cigarettes causeing a far bigger health epidemic.

These potential tariffs would hit the vaping industry as it faces efforts by the U.S. Food and Drug Administration to limit sales to minors and regulate vaping flavors, and ban online sales.

This would also hurt small businesses where vape shops have been a bright spot by filling empty spaces from store closings and retail bankruptcies due to the economy. It will hurt consumers and it will hurt the industry. It will become a dramatic impact, especially for anybody who’s low or middle income.

These tariffs would also affect device makers, and techological inovation. Tariffs on e-cigarette devices won’t meet the Trump administration’s goal of addressing Chinese intellectual property theft, nor will it boost U.S. jobs, or even ad growth to the United States economy. Simply put it could kill the entire vaping industry as a whole.

A 25 percent tariff would get passed along to consumers and diminish purchases at the estimated 25,000 vape shops with in the United States. Many of these busineses are mom and pop retailers. This also could hurt public health because higher costs for e-cigarettes would discourage people from switching from smoking to the healtheir alternative of vaping.