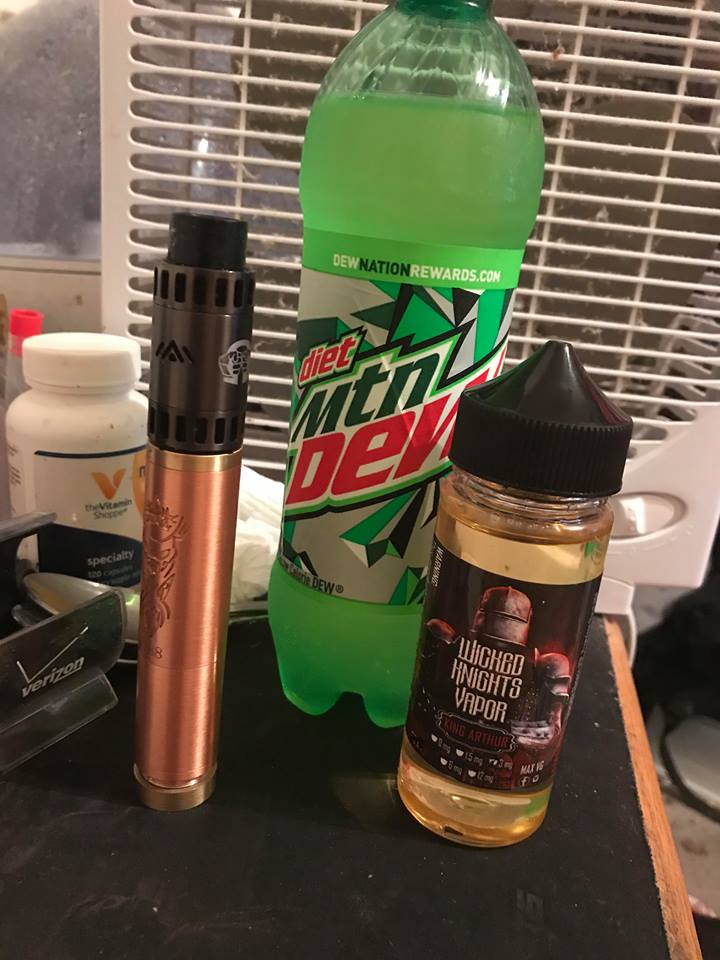 Cinnamon flavors are really hard to do and I appreciate that. A lot of them come out really spicy and burn my throat. This flavor isn’t like that and I really like that it’s a creamier cinnamon. It isn’t harsh like a lot of them are. The one thing it’s missing is something sweet. Cinnamon by itself is not very sweet.  I will say it smells divine and my living room smelled rather tasty after vaping it for a while. The flavor also grew on me after vaping it for a bit. It tastes good; it’s just missing a little something. The vape production was a little below average and the throat hit wasn’t so much there. But with a cinnamon flavor, that can go one of two ways and I’d rather have a smoother less noticeable throat hit, than something that’s going to burn going down.

Can be purchased from Kick’n My Habit